Reed On
by
Eric Darton

Some years ago in Mesopotamia, I can’t say precisely how many, several of the lesser gods rebelled against Enlil for making them do manual labor. They were sick of maintaining the canals, digging ditches and dredging. Enlil was furious and determined to punish them with characteristic severity when the freshwater god Enki suggested that human beings be created to do the heavy lifting.

Enlil relented and assigned Mami the job of creating us. Mami mixed mud with the blood of a slain god, and some spit from the other gods, and presto vivace! we were born. Soon, multitudes of us crowded the world, noisy and disruptive to the point where Enlil decided, after first trying famines and droughts, to wipe us all out with a flood.

This time, for all his persuasive powers, Enki couldn’t change Enlil’s mind. But kind soul that he was, neither could he bear to see all of us perish. So he counseled one of his favorite people, a king named Atra-Hasis, to build a boat and get his family on board along with some animals. Which, living up to his name, “exceedingly wise,” Atra-Hastis did, and thus survived the great flood that, for seven days, covered the earth.

Now for our purposes, an interesting aspect of this tale, which I’ve loosely adapted from the Gilgamesh Epic – written nearly three thousand years ago and found during the excavations at the palace library of Assurbanipal around 1850 – is that when Enki gave Atra-Hasis his warning, he didn’t walk right up to him and say Yo! Nor did he appear as a funnel of wind, or somesuch. Rather the god addressed the man through a reed wall, one that resembles structures like this one still built in southern Iraq to this very day. 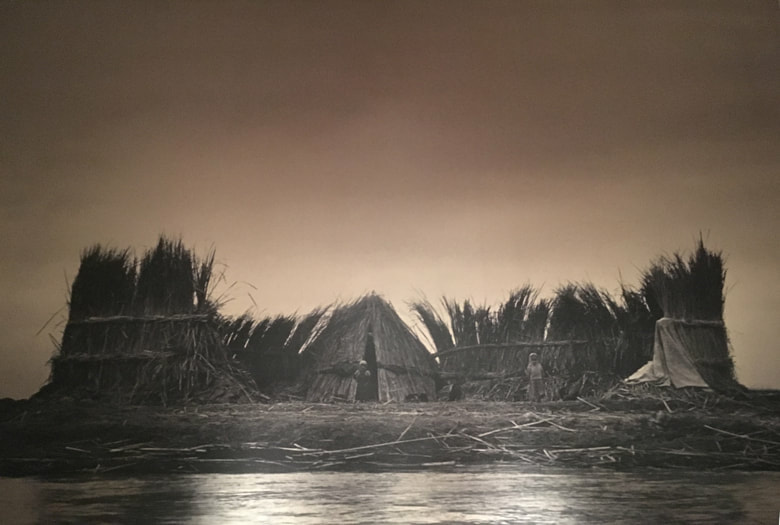 BACK TO TABLE OF CONTENTS
Powered by